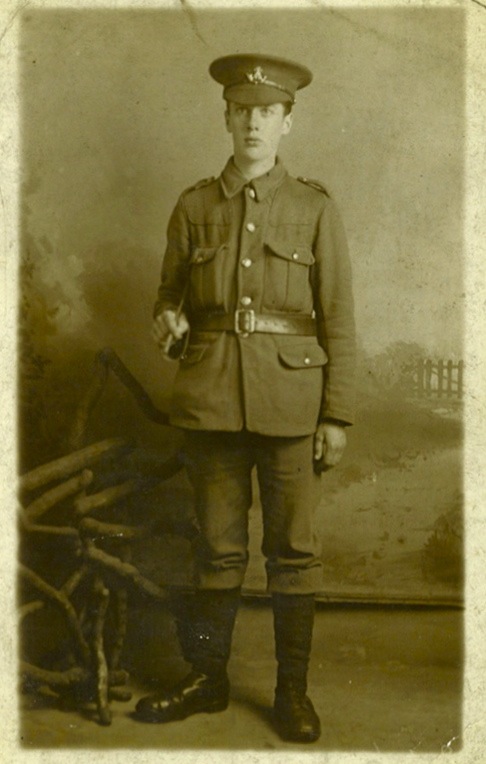 Peter is unsure whether the girl in the picture below is his sister May, or possibly a sweetheart. 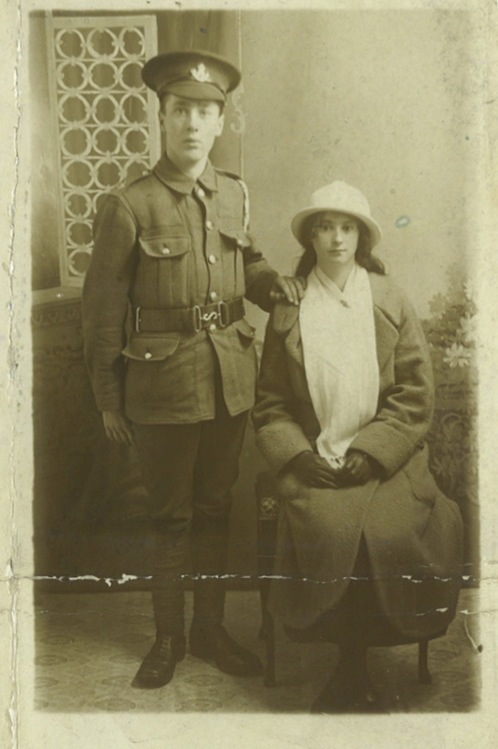 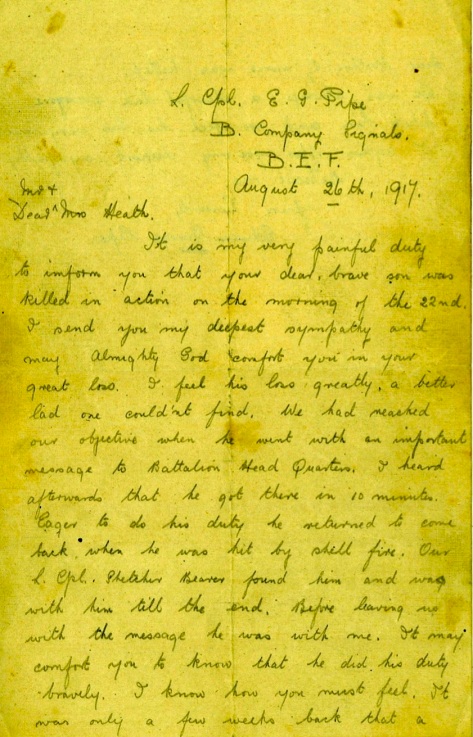 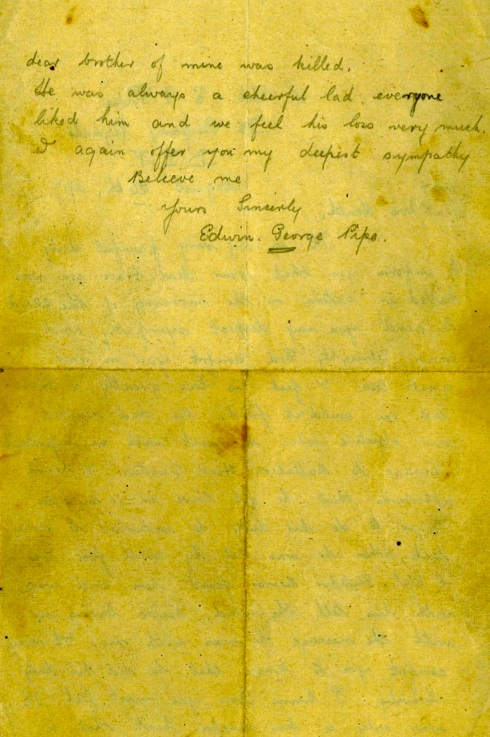 It is my very painful duty to inform you that your dear brave son was killed in Action on the morning of the 22nd. I send you my deepest sympathy and may almighty God comfort you in your great loss. I feel his loss greatly, a better lad one couldn’t find. We had reached our objective when he went with an important message to Battalion Head Quarters. I heard afterwards he got there in 10 minutes. Eager to do his duty he returned to come back when he was hit by shell fire. Our Lane Corporal Stretcher Bearer found him and was with him till the end. Before leaving us with the message he was with me It may comfort you to know that he did his duty bravely. I know how you must feel. It was only a few weeks back that a dear brother of mine was killed.  He was always a cheerful lad everyone liked him and we feel his loss very much. I again offer you my deepest sympathy. Believe Me.

The Third Battle of Ypres (Passchendaele)